What Women Should Know About Men 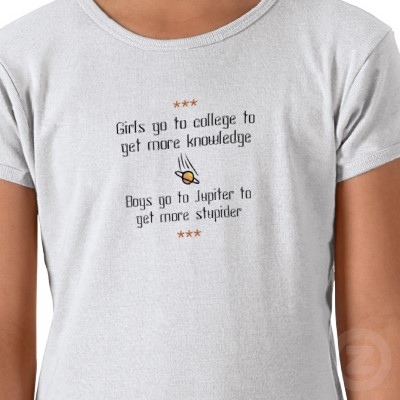 Am I the only one that remembers singing this on the playground?

It always seems like a major advantage to homosexual relationships is not having to overcome biological differences. Who better to understand a woman than another woman? Who better to comprehend a man than another man? Which is why gay men often make great friends for women because they embody the best of both worlds. They are full of inside-a-man’s-mind information but they’re willing to share it with you because they’re not trying to get inside of your pants. I’m in no way saying all women understand each other or all men think the same. I’m also not saying gay relationships are easier. Relationships are hard across the board because they involve two people with different ways of perceiving the universe trying to become one. And despite how you may feel about gender identity issues, there are similarities in brain wiring and cultural expectations among the sexes that make it seem like women come from Mars and men from Venus (or Jupiter to get more stupider). So the universe might look a bit different when two people start out on separate planets. I constantly have to jump over the moon of understanding. I don’t get men. I find them strange, unemotional, and crude. Unfortunately, I also find them endearing, intriguing, and they smell amazing (well…some of them do). And most men I know don’t even try to understand women. But no matter which sex you may be attracted to, there’s benefits to knowing things about the one you’re not. Because the world we live in is a crazy co-ed co-habitat. So here’s a list of things Women Should Know About Men from the woman who calls herself The Man Doc.

Summer Rain. Whispers me to sleep and wakes me up again. Sometimes I swear I hear it call my name. You wash away the pain. My summer rain.
View all posts by P.R. Cheek »
← Silent Killers
“When Great Sexual Chemistry Isn’t Such a Great Thing” →